The agency WHY NOT? has developed a concept and design for the traditional annual report of the National Bank of Ukraine.

According to the world practice, annual reports of central banks demonstrate the state of affairs by one of the important regulatory governmental authorities. This is why the key message of such a project is to represent prospects for further development of the monetary policy, conditions ensuring financial supervision in the national economy of Ukraine and the basics of the monetary security.

The primary objective was to create a modern image of a dynamic and prospectively developing governmental institution, at the same time conveying the national flavour as much as possible and highlighting it to be a Ukrainian bank.

Rendering the notes by means of the guilloche technique has become the base theme of visual solutions, with the basic requirement being the compliance with the unified European rules of information delivery for central banks. 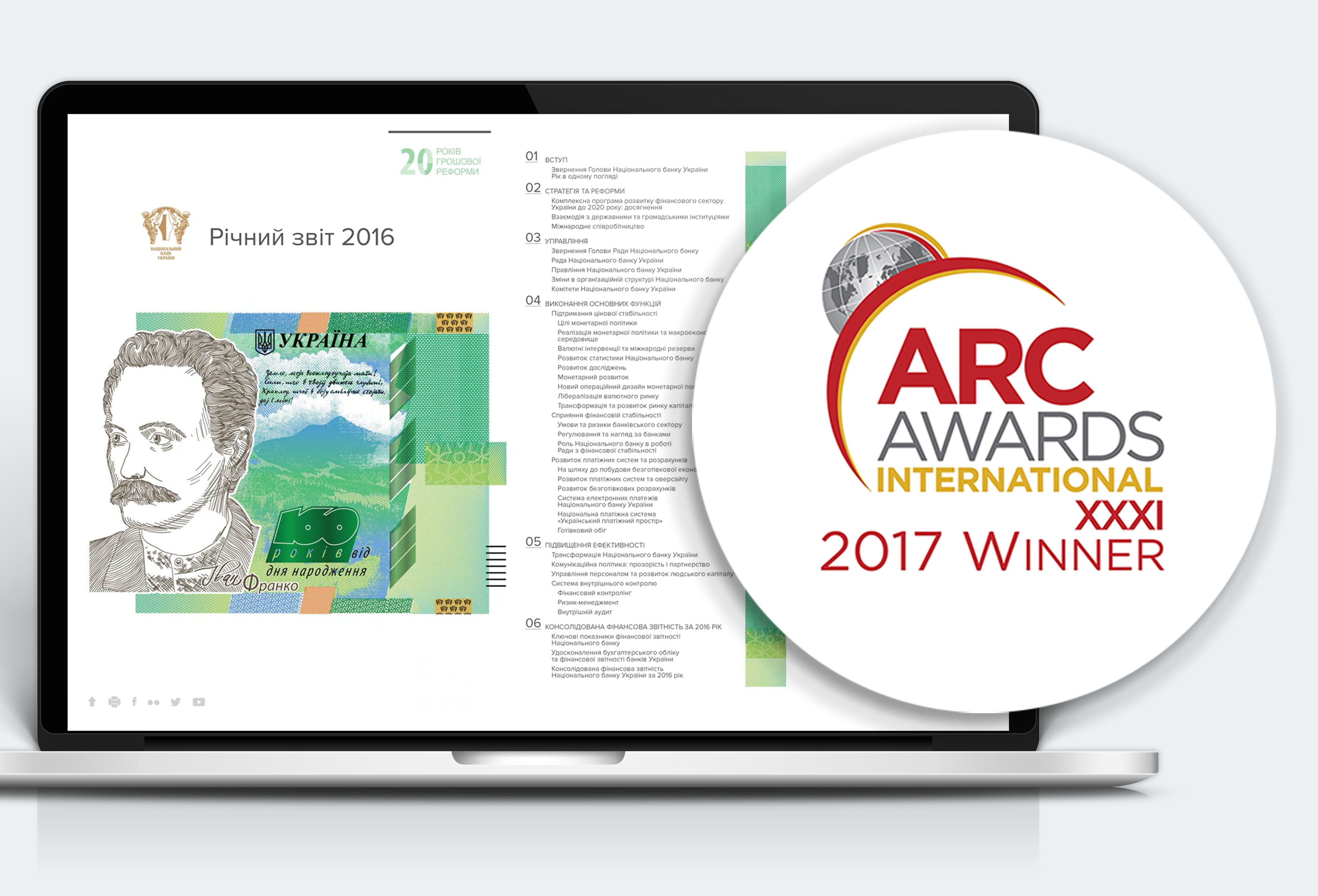 The banknotes of the current Ukrainian hryvnia, as well as their graphical elements and color nuances have been artistically interpreted by us. The resulting image is unambiguous, correlating to the Ukrainian money unit and also to the history of the State, its roots and national specifics, such as coloristics, ornaments, and patterns. 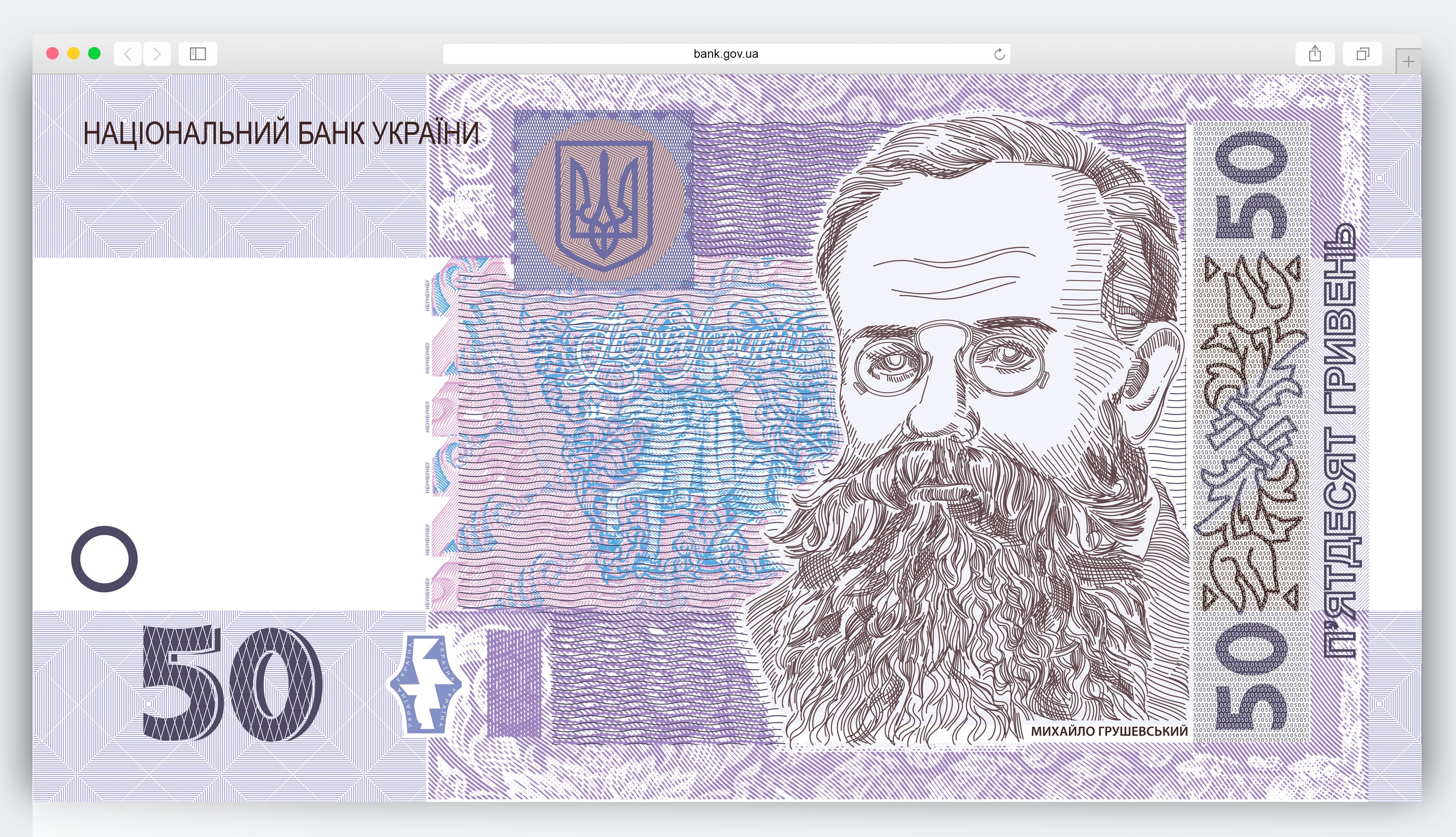 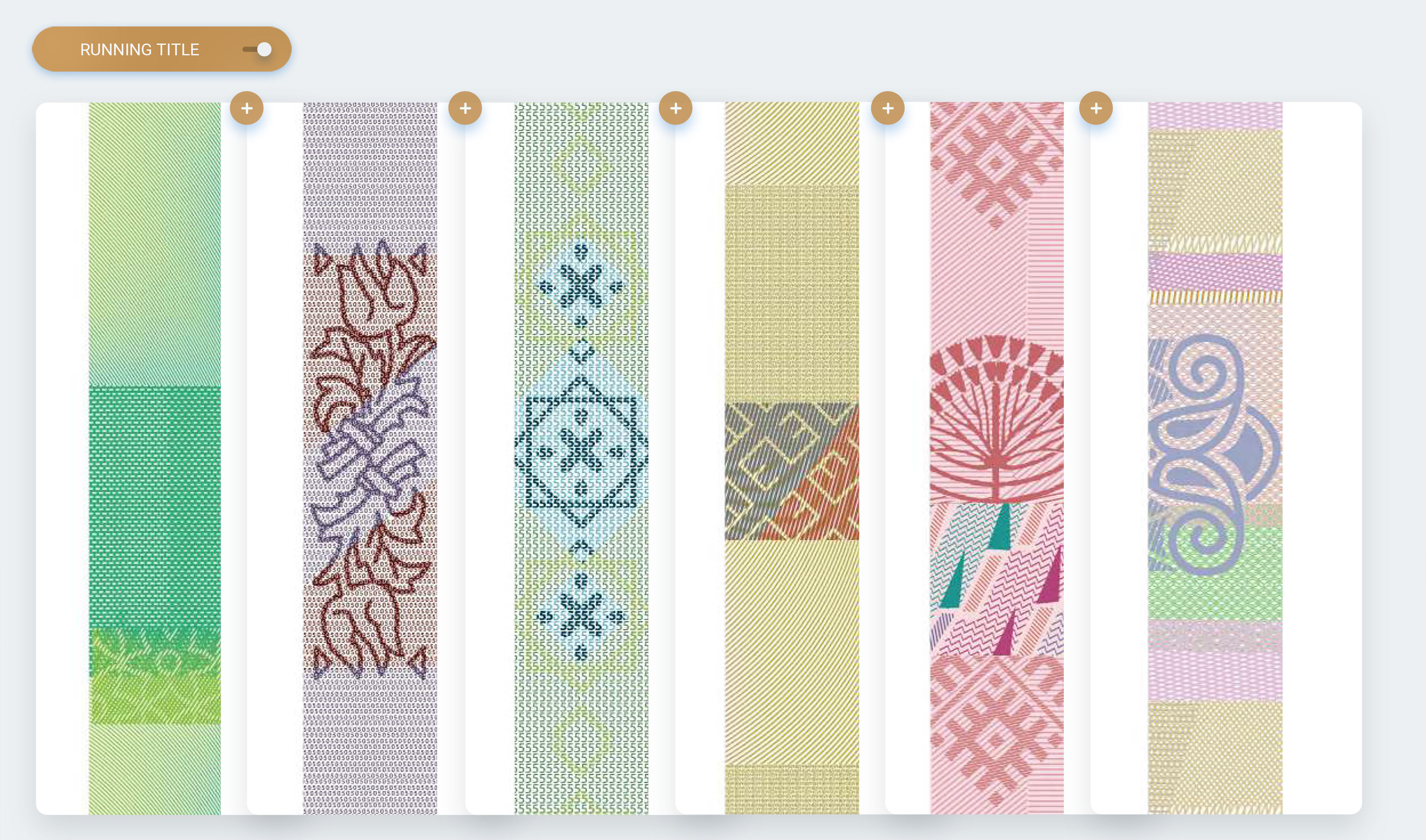 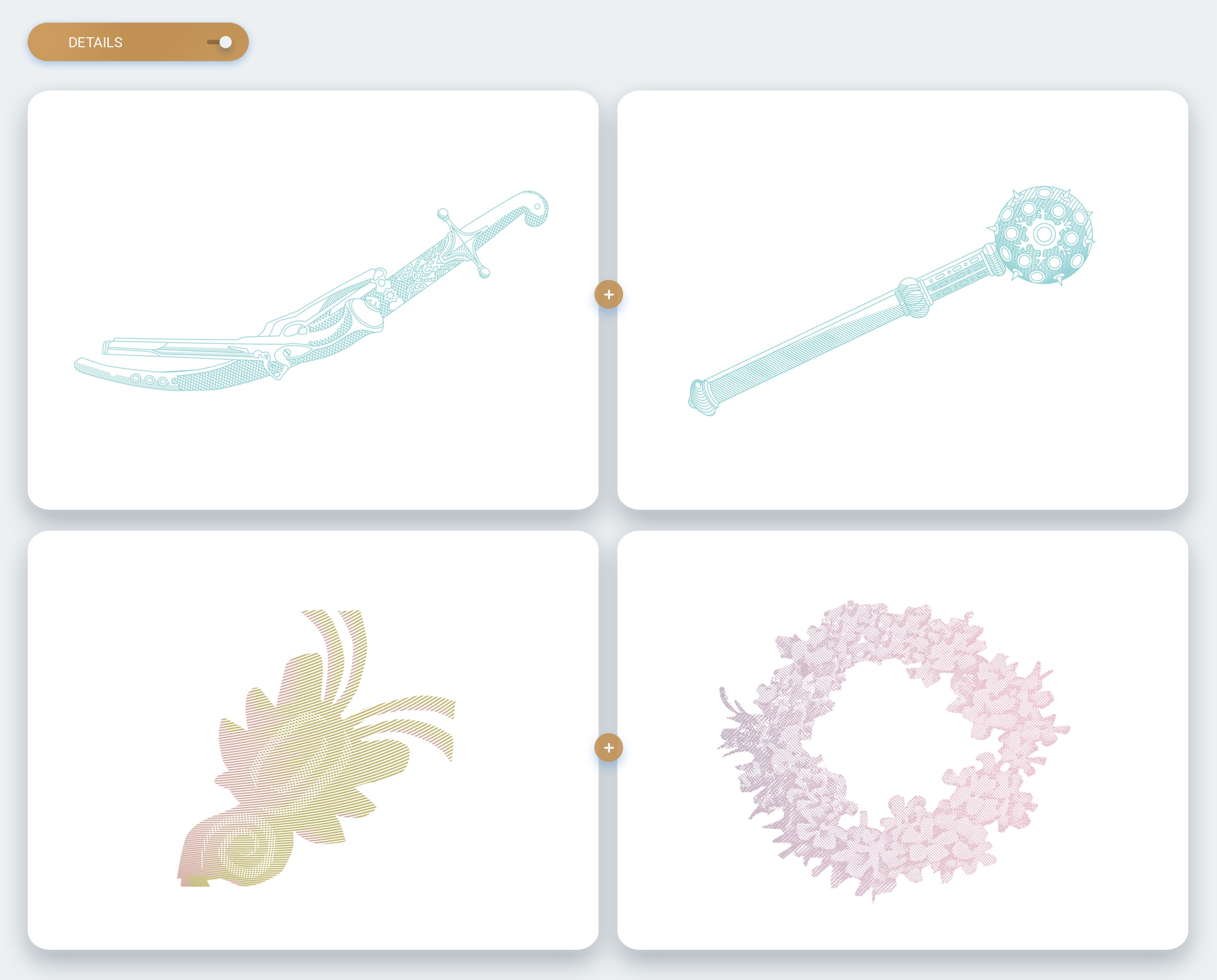 Despite of the tight restrictions for using any graphical elements, we have applied some light infographics with geometric features. The general lightness of the visual structure was achieved due to fineness of the lines and their filigreed draughtsmanship. All these things made the annual report design to become exquisite, at the same time gaining typical dynamics, however without breaching the strict rules of stylistic moderateness, as well as severe ascetism inherent in the similar objects.

The “comfort zones” applied around the text blocks and graphical elements made the visual image light, laconic, free and human-readable. 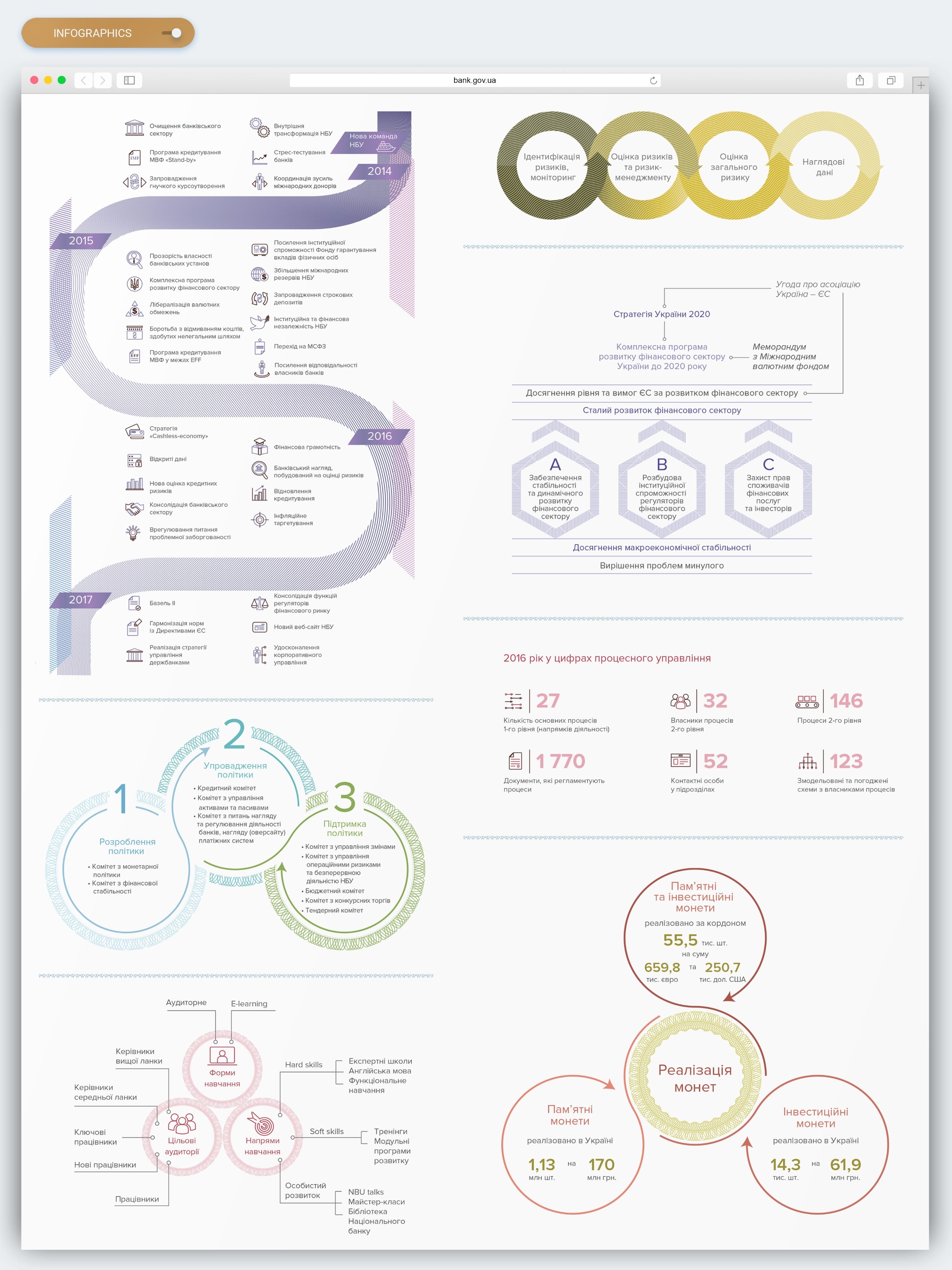 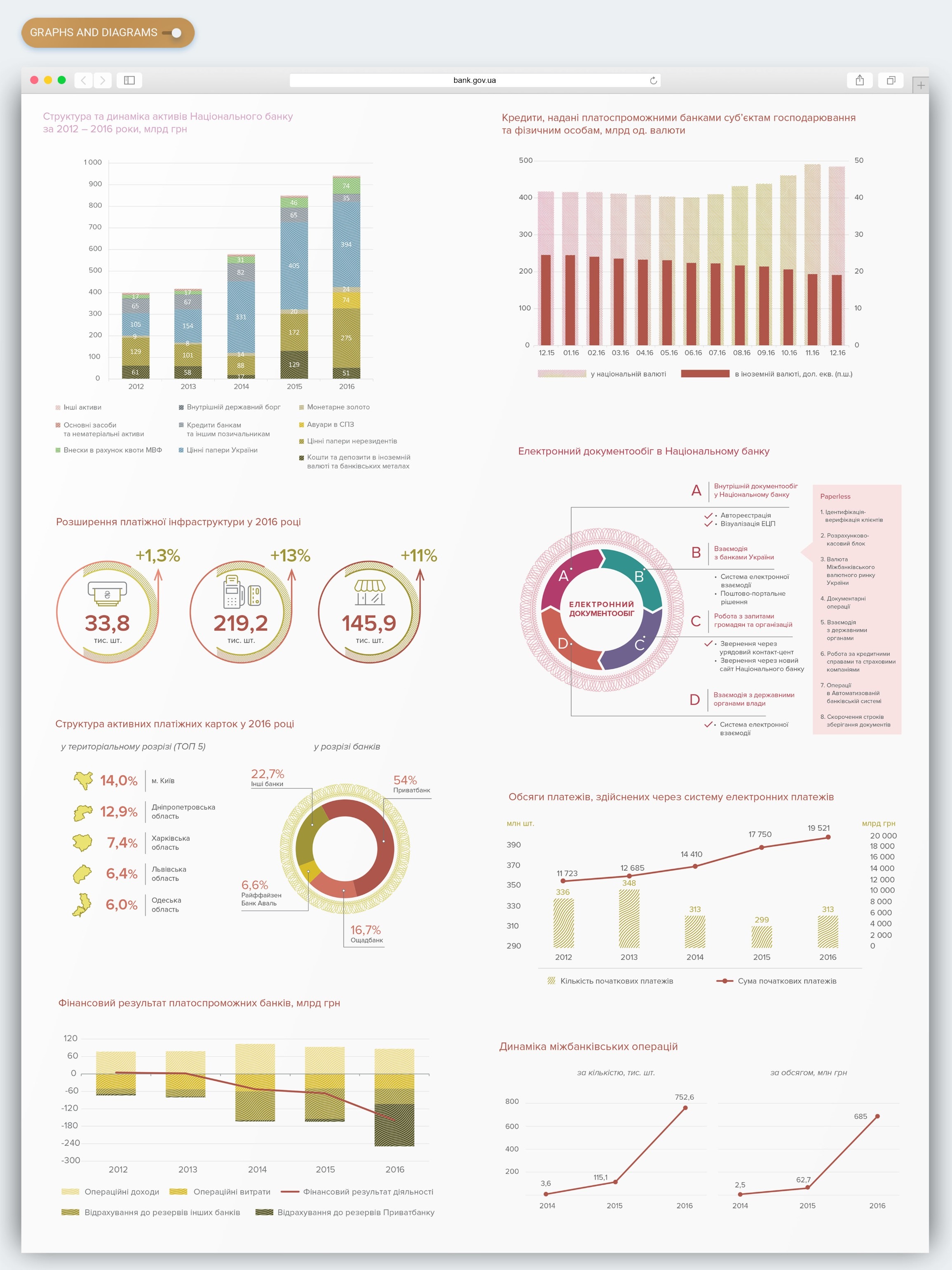 Conceptually, the NBU annual report is based upon using the guilloche ornament in form of a dense network of fancy undulated and twisted lines. This technique is one of the most sophisticated in the artistic graphics and requires special attention, proficiency and experience.

One of the main domains in the graphic arts is printing of banknotes, and in this case the guilloche work represents not only aesthetic, but also protective function. According to the current standards the guilloche elements in the graphic arts should cover the area of at least 70% of the securities. For the most part such compositions are multicolored and complex; it is impossible to either scan or reproduce them. Therefore, the guilloche technique applied within the context of our project is associated both with the banknotes and craftsmanship, with a reference to such basic principles of the governmental institution – National Bank – as safety, reliability and stability. 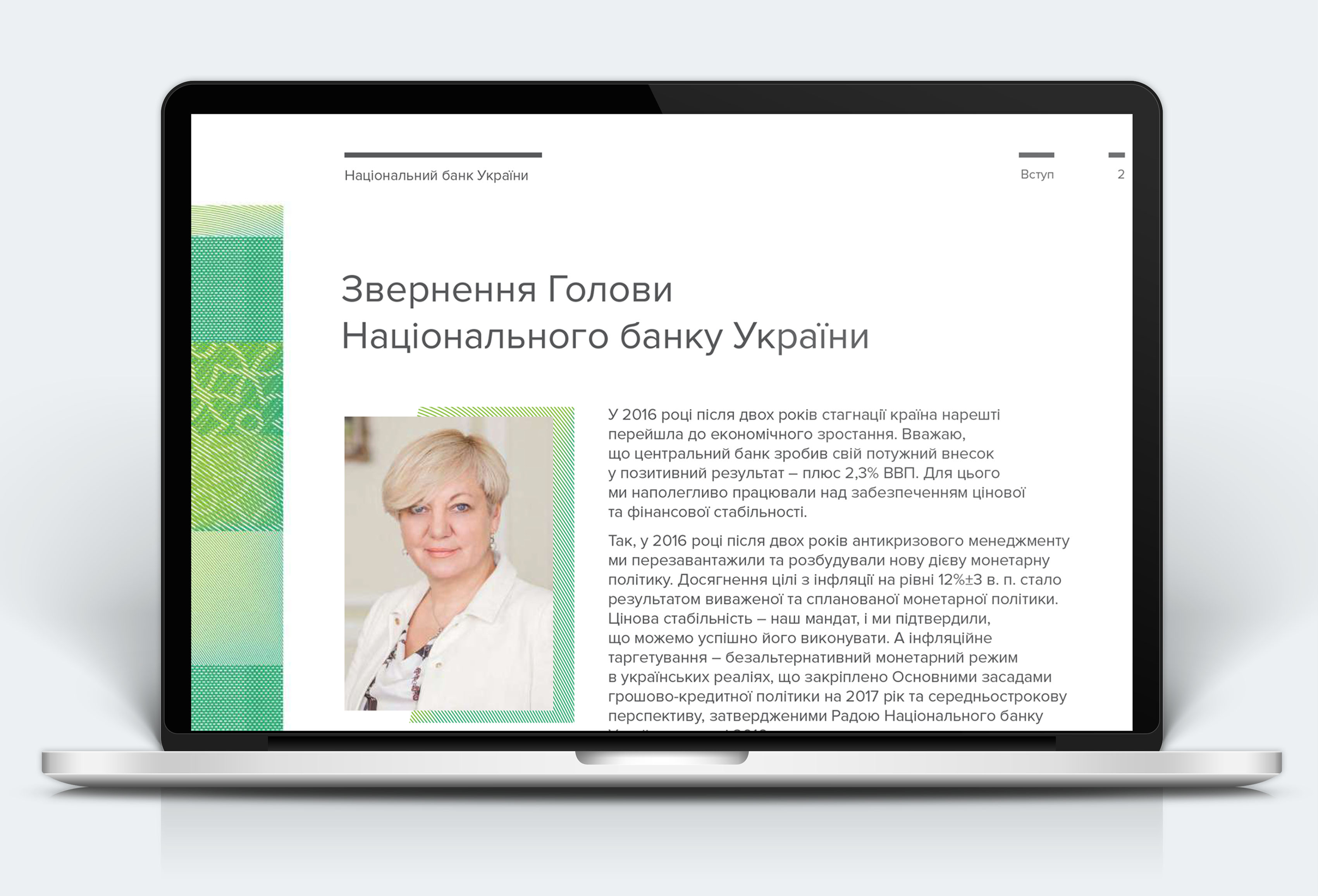 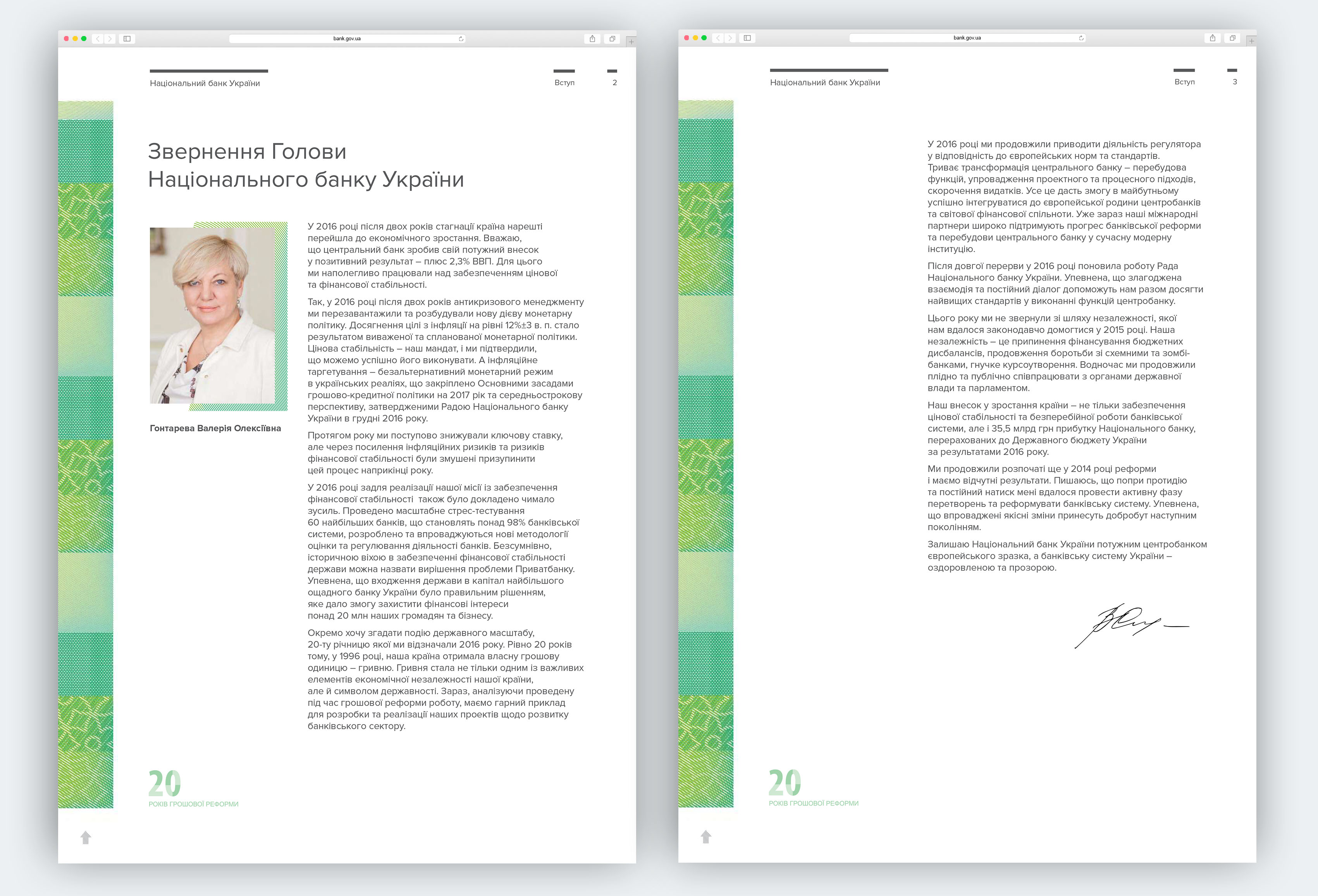 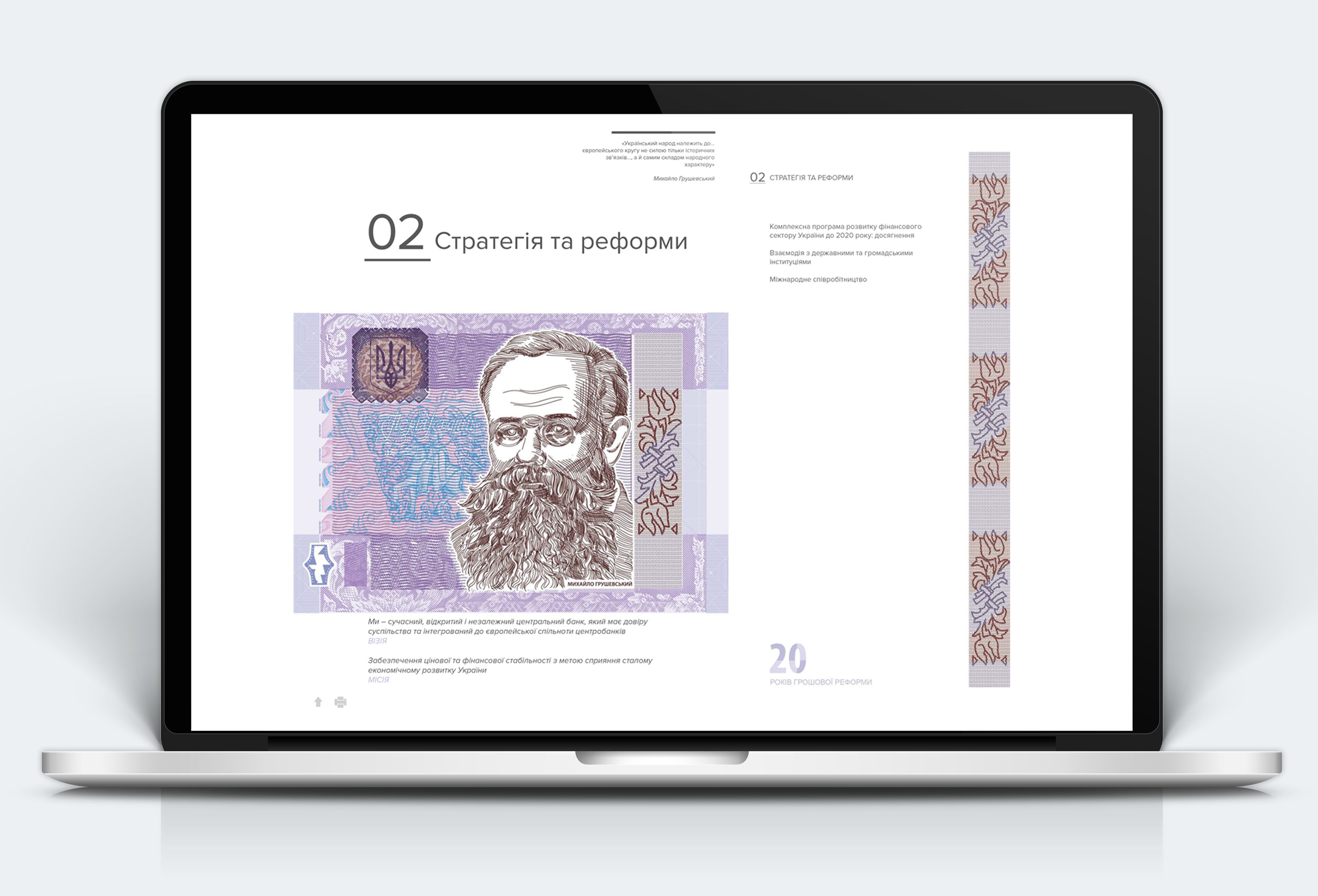 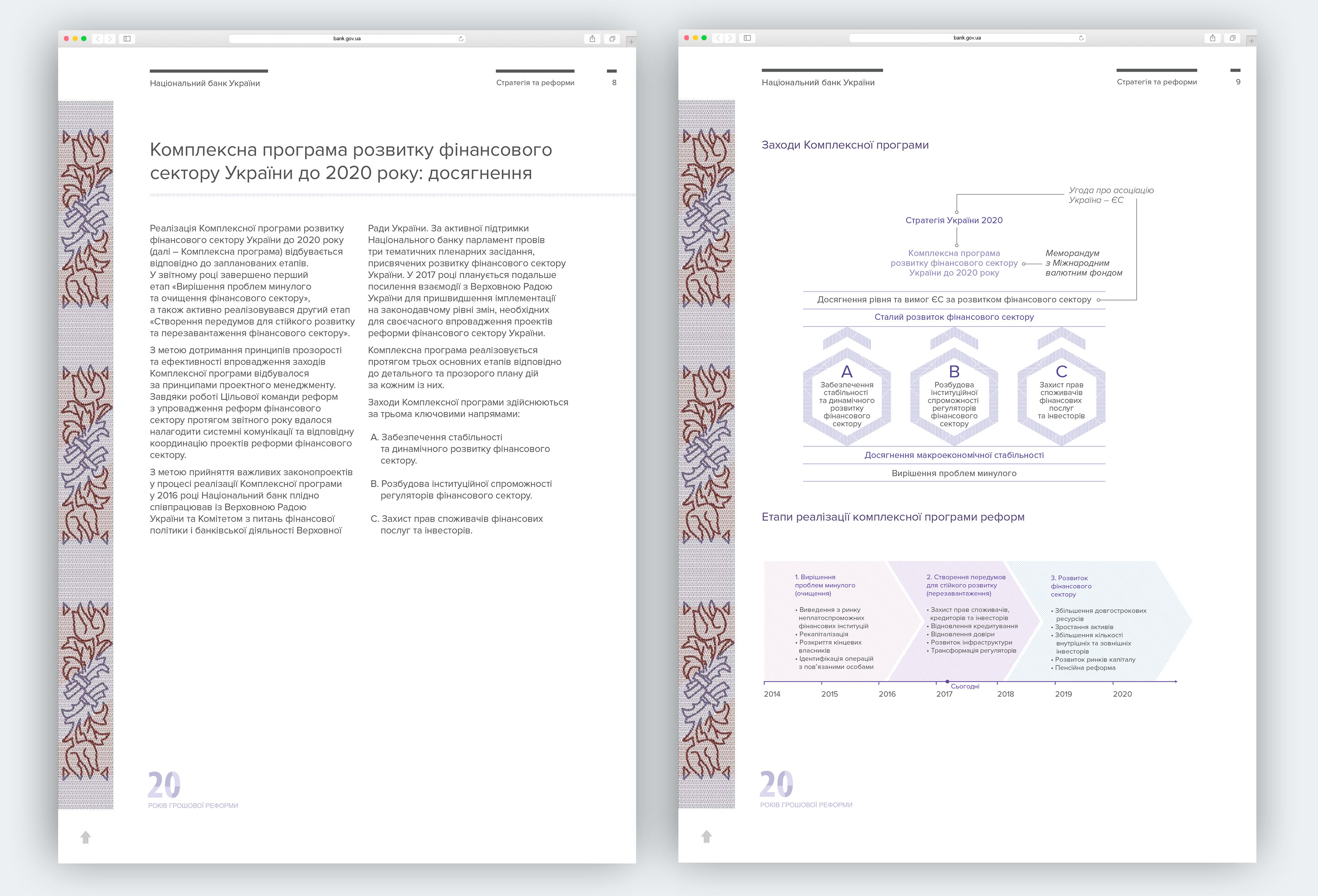 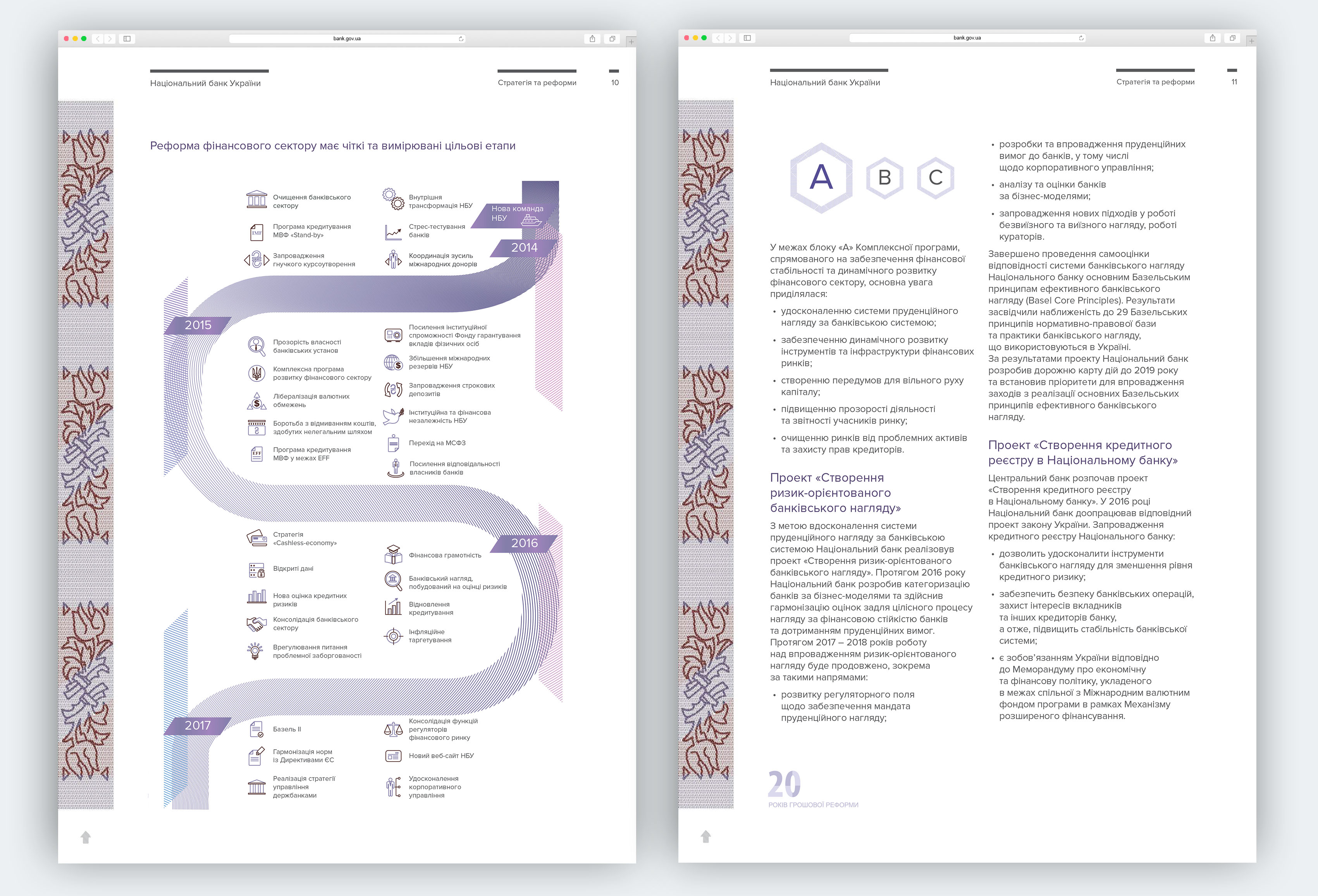 The color scheme used in design of the NBU annual report is based upon the color shades of Ukrainian banknotes, with the eminent Ukrainian personalities depicted thereon. Each section has its special palette as dictated by the style and color nuances of a certain banknote.

Such an approach made the color one of the fundamental components that determine the structural logic of the entire document, create a visual image of its blocking structure and compositional orderliness. The key nuance is in use of somber dimmed colors for precise reproduction of the visual severity. 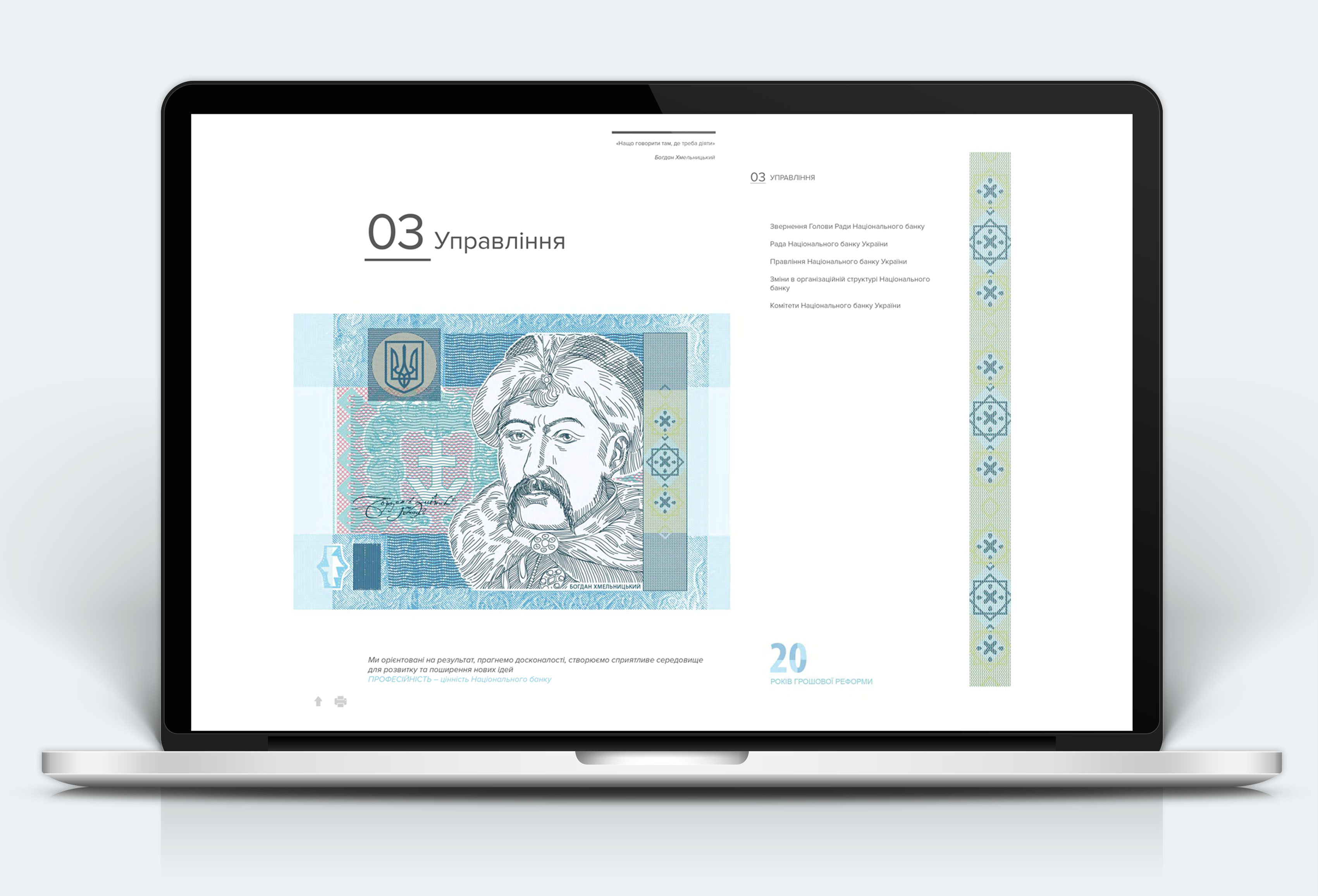 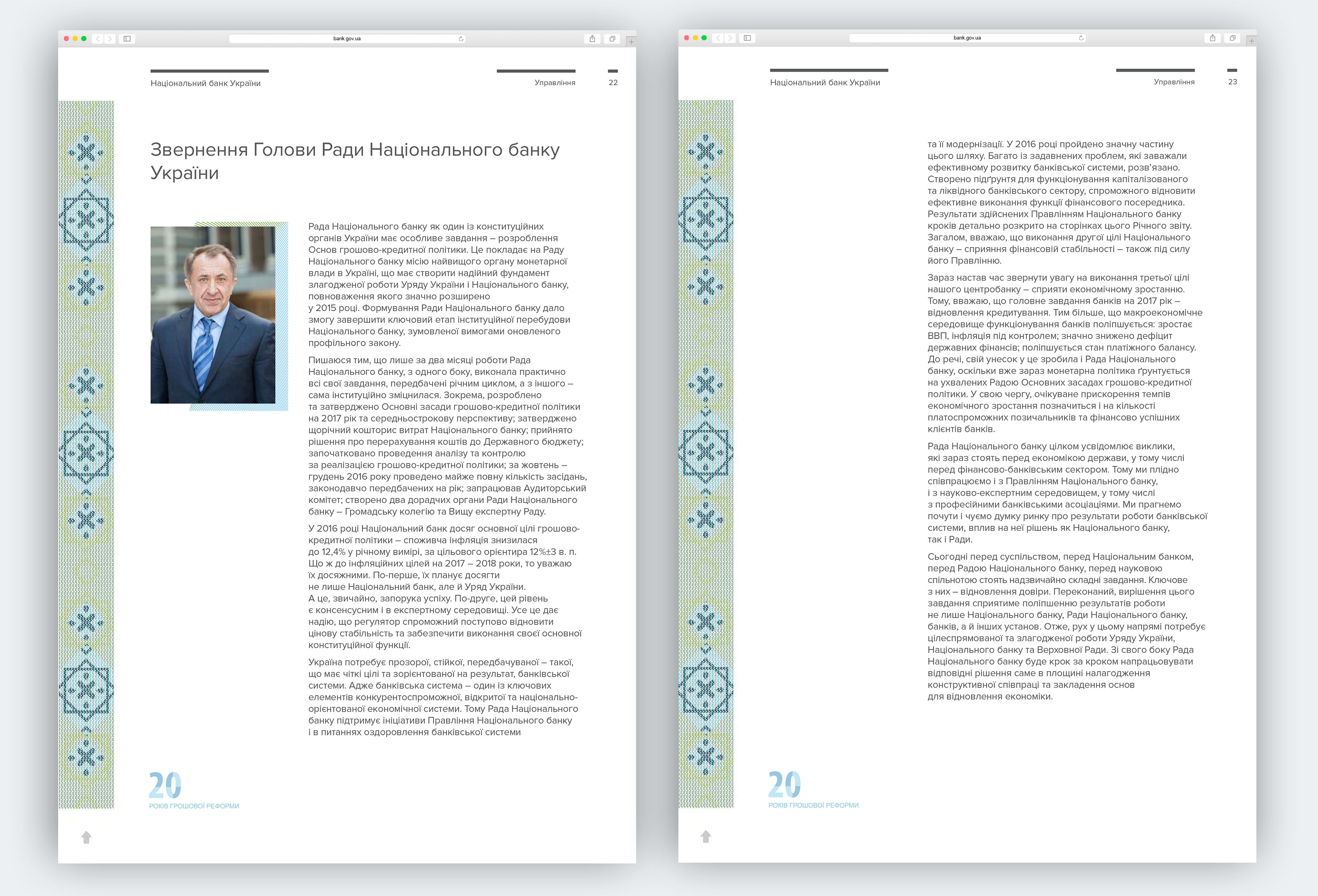 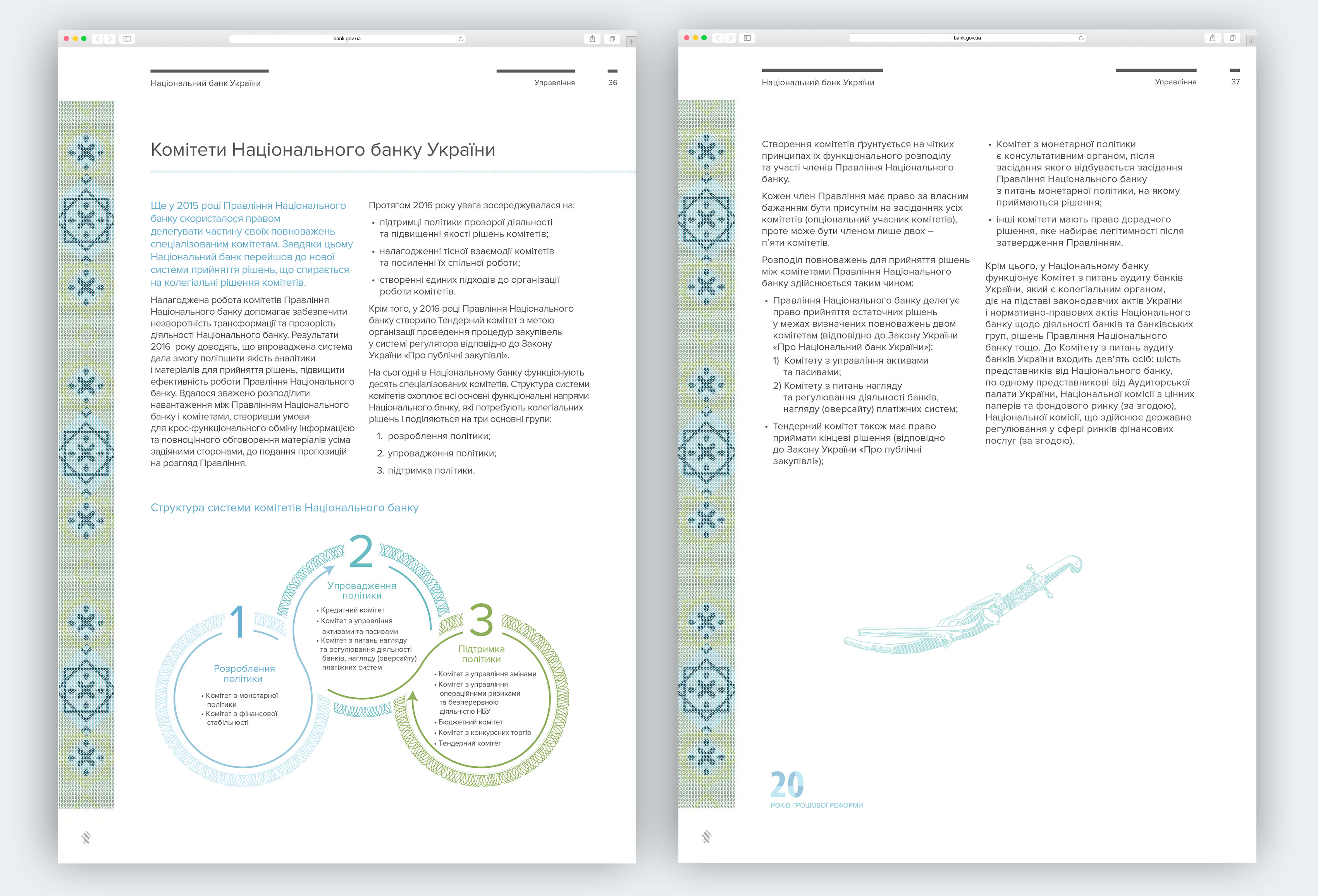 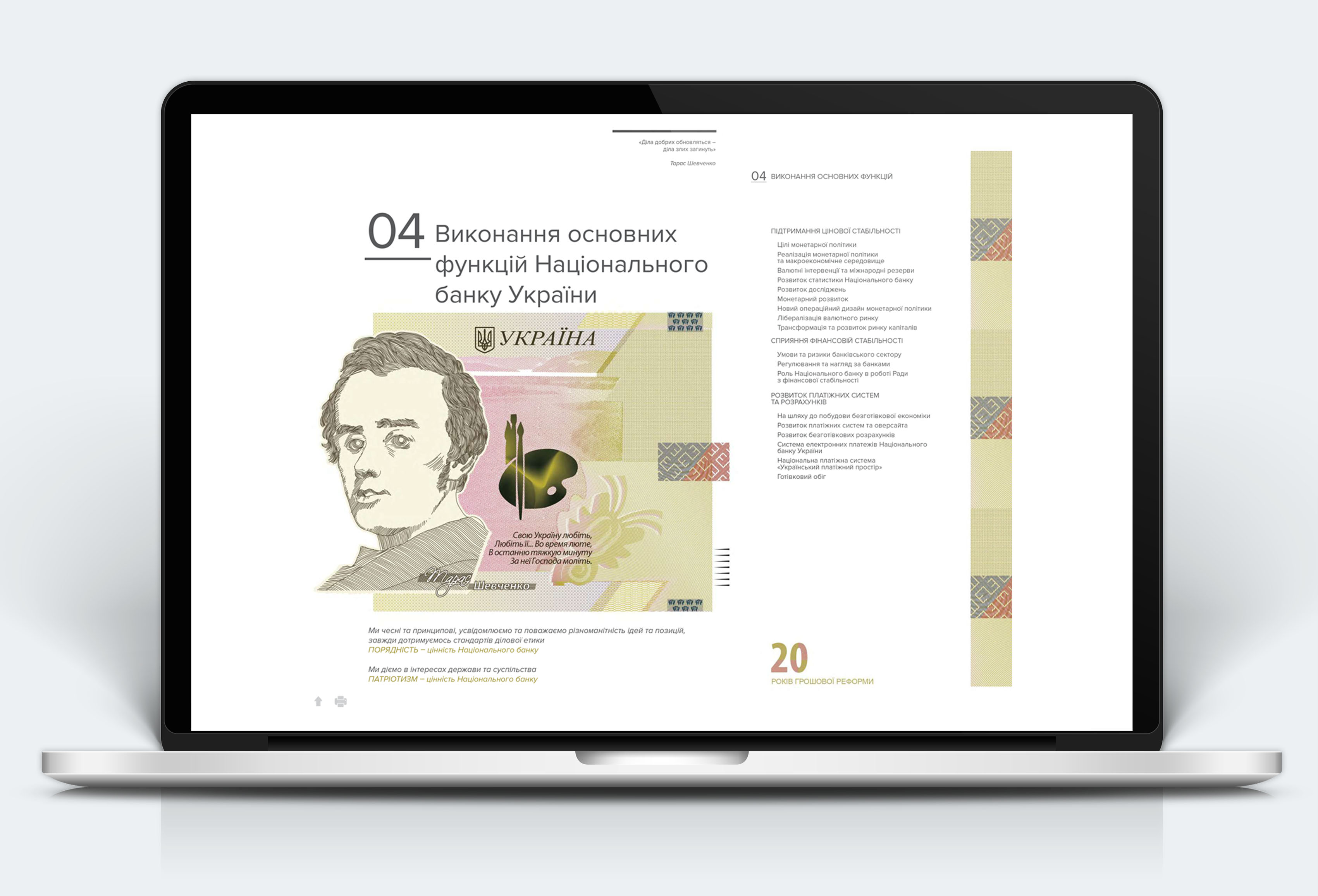 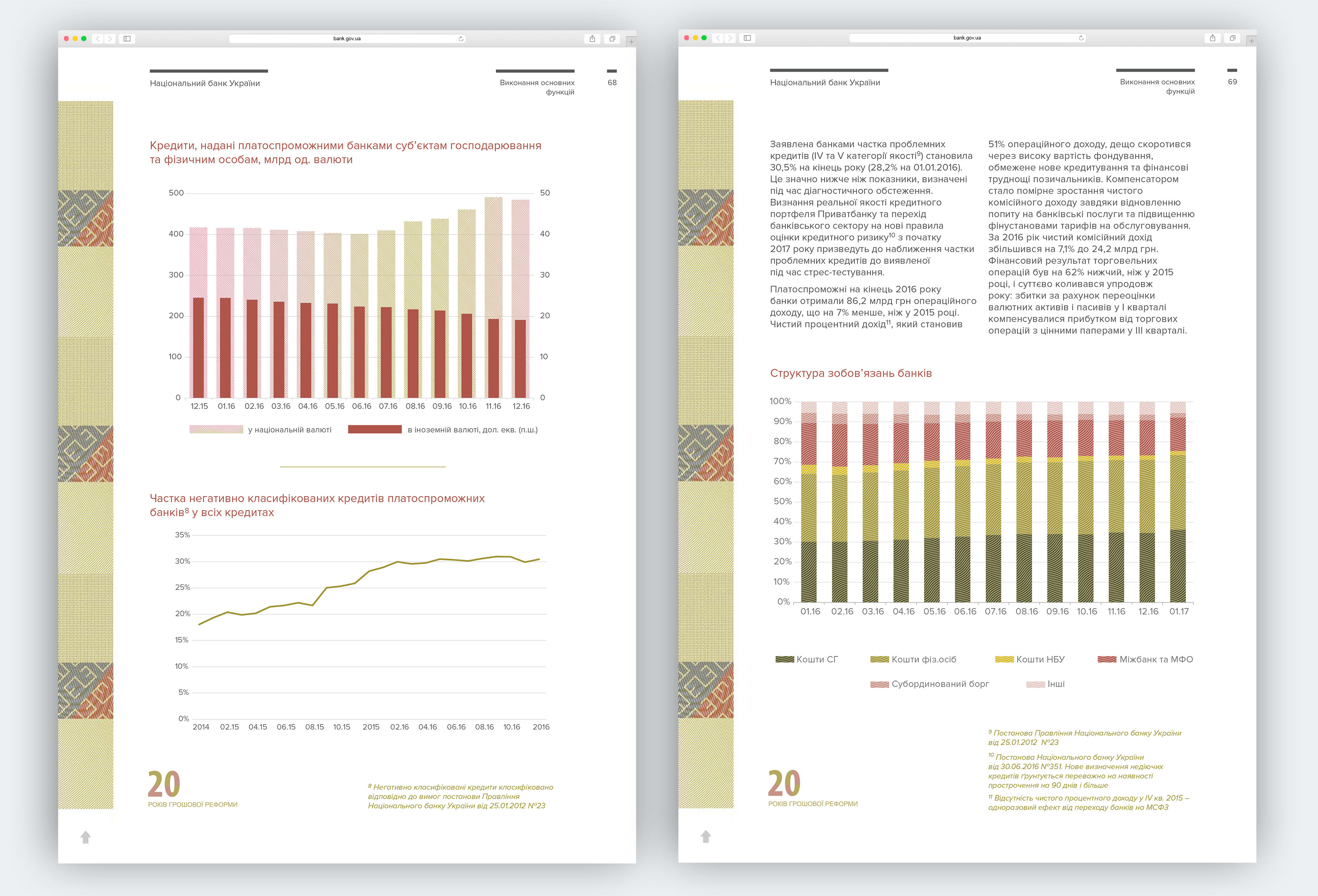 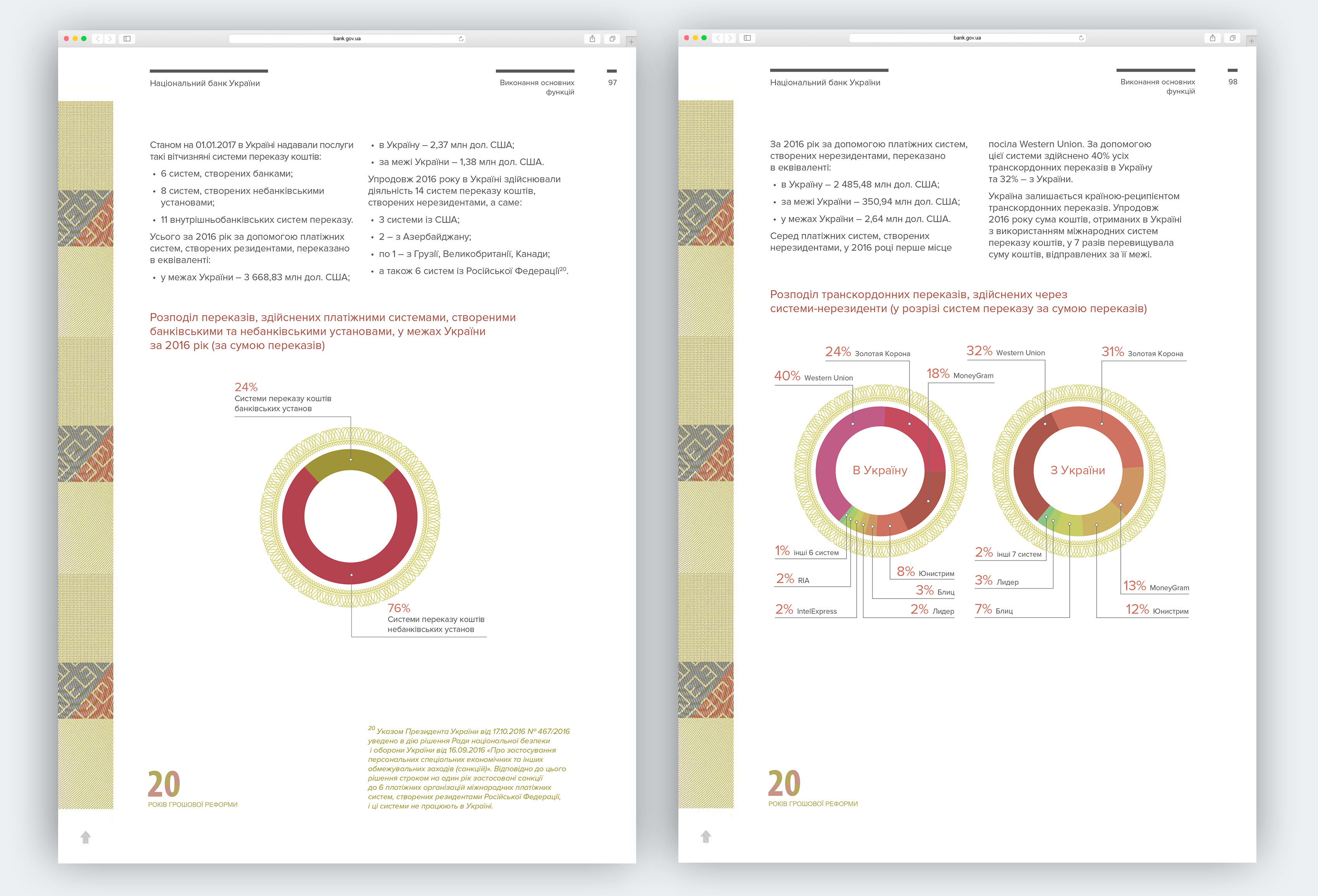 In order to add some kind of national spirit to the image, the agency’s creators decided to apply the national ornament in the headers and footers of the sections. Such an ethnic component acts on the deep national feelings associated with archetypical images and symbols, dating back to the roots of self-identification of the Ukrainian nation. 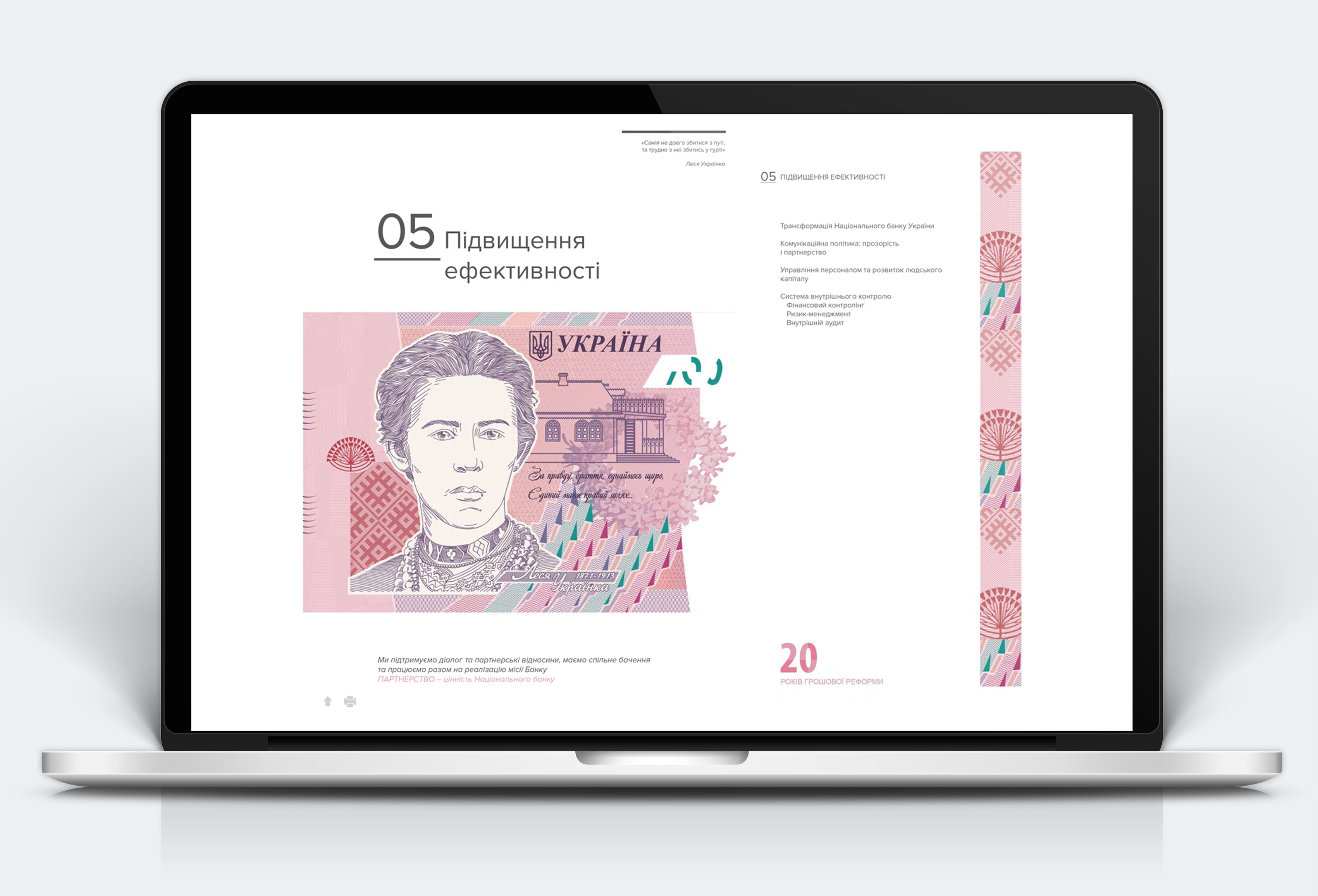 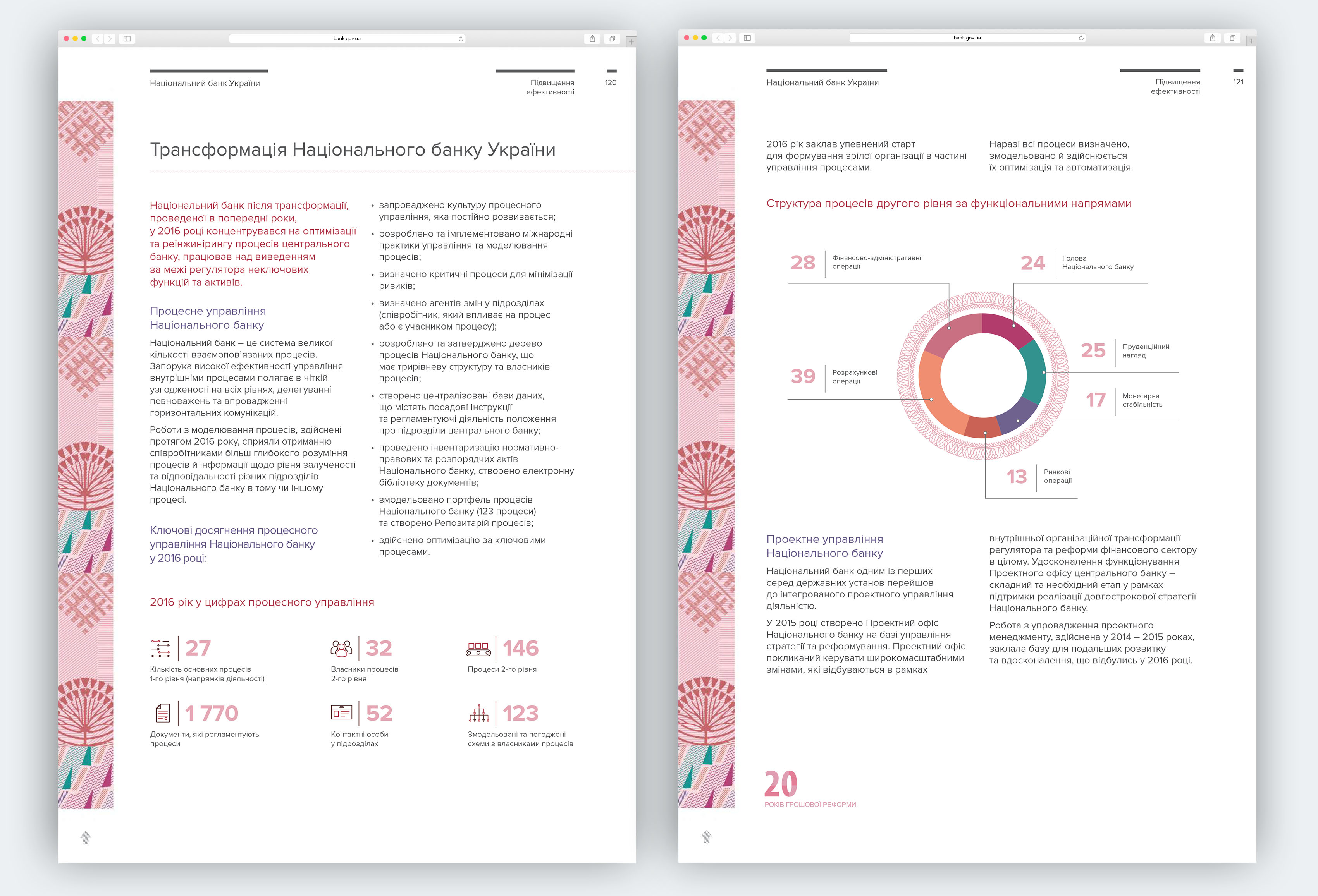 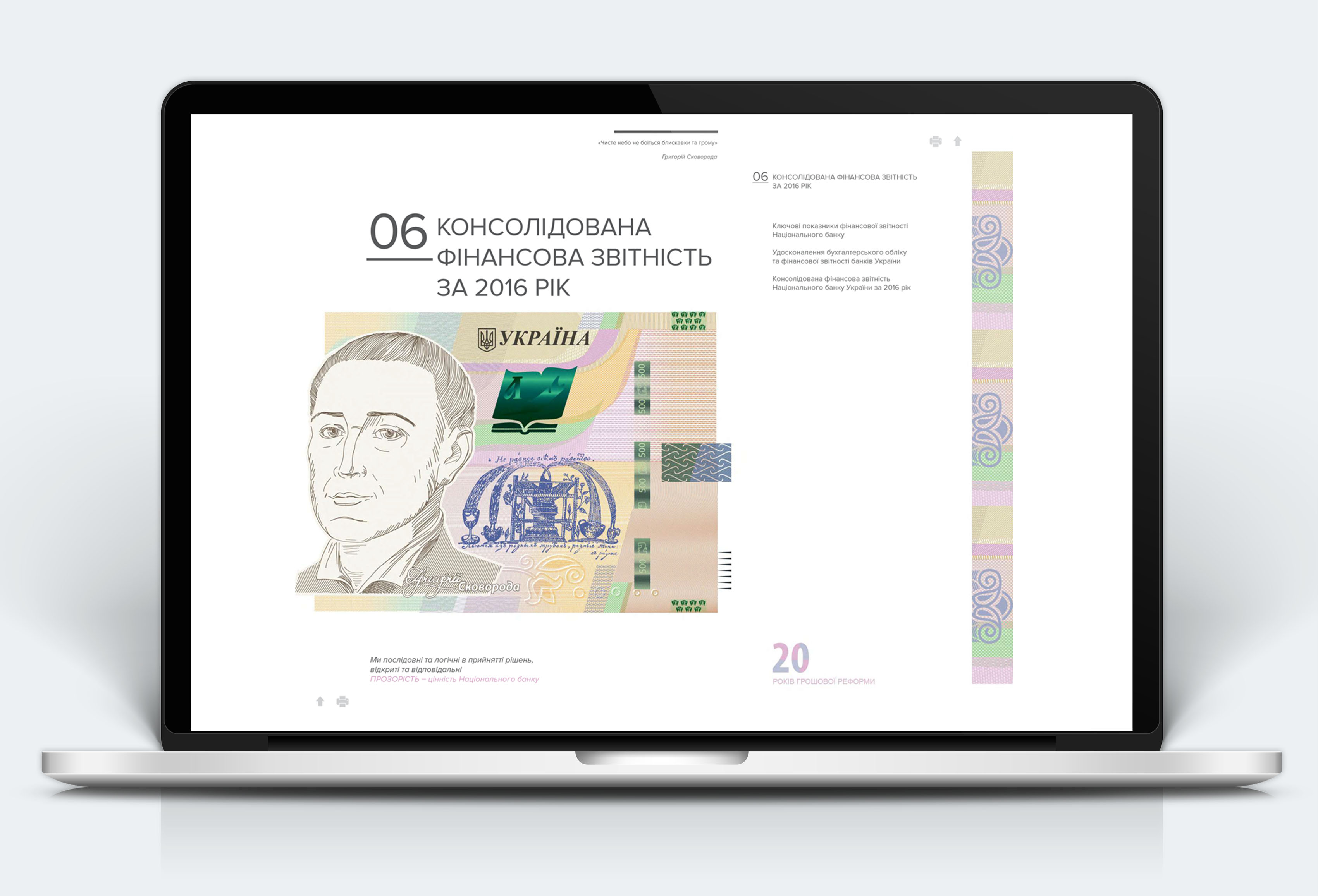 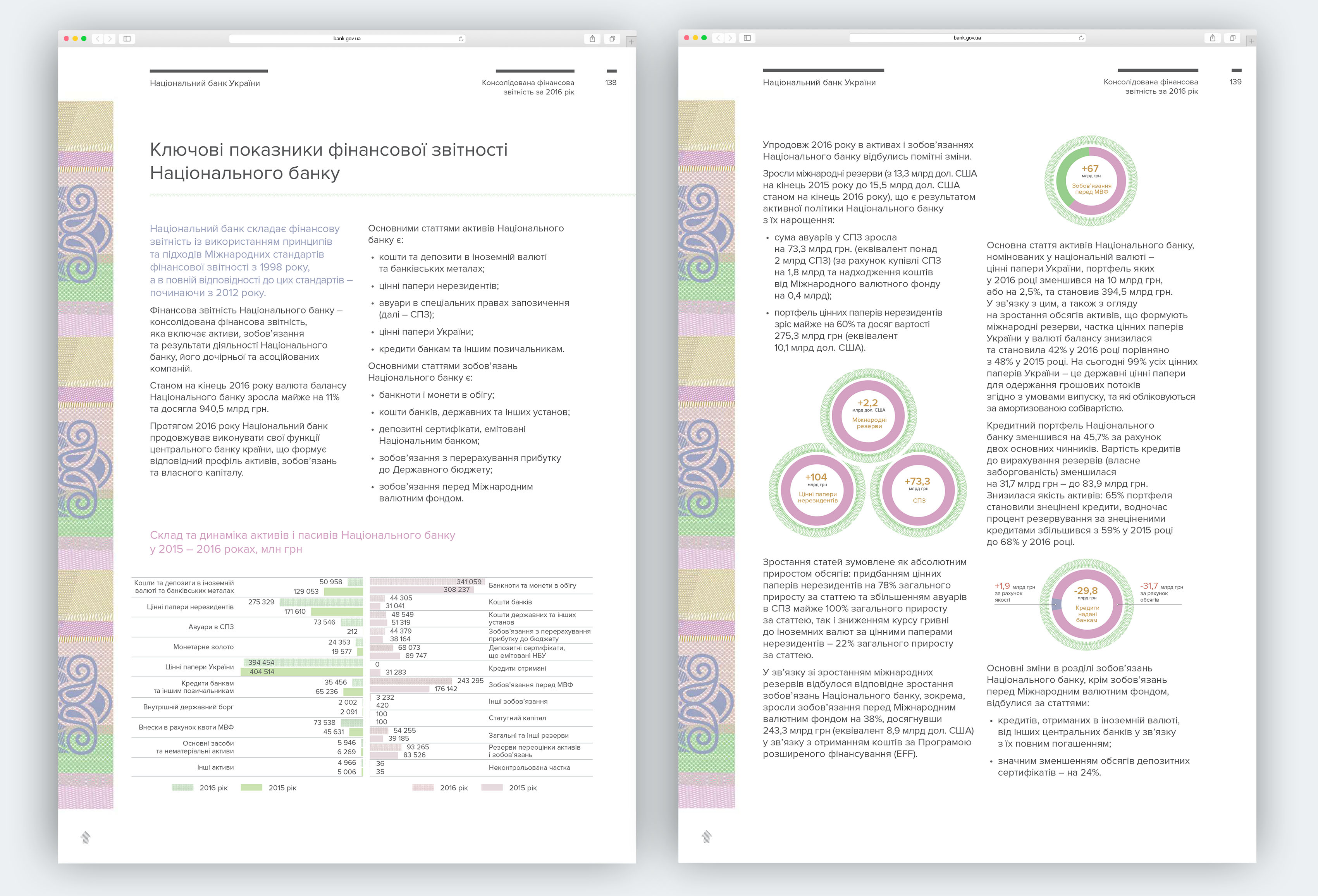 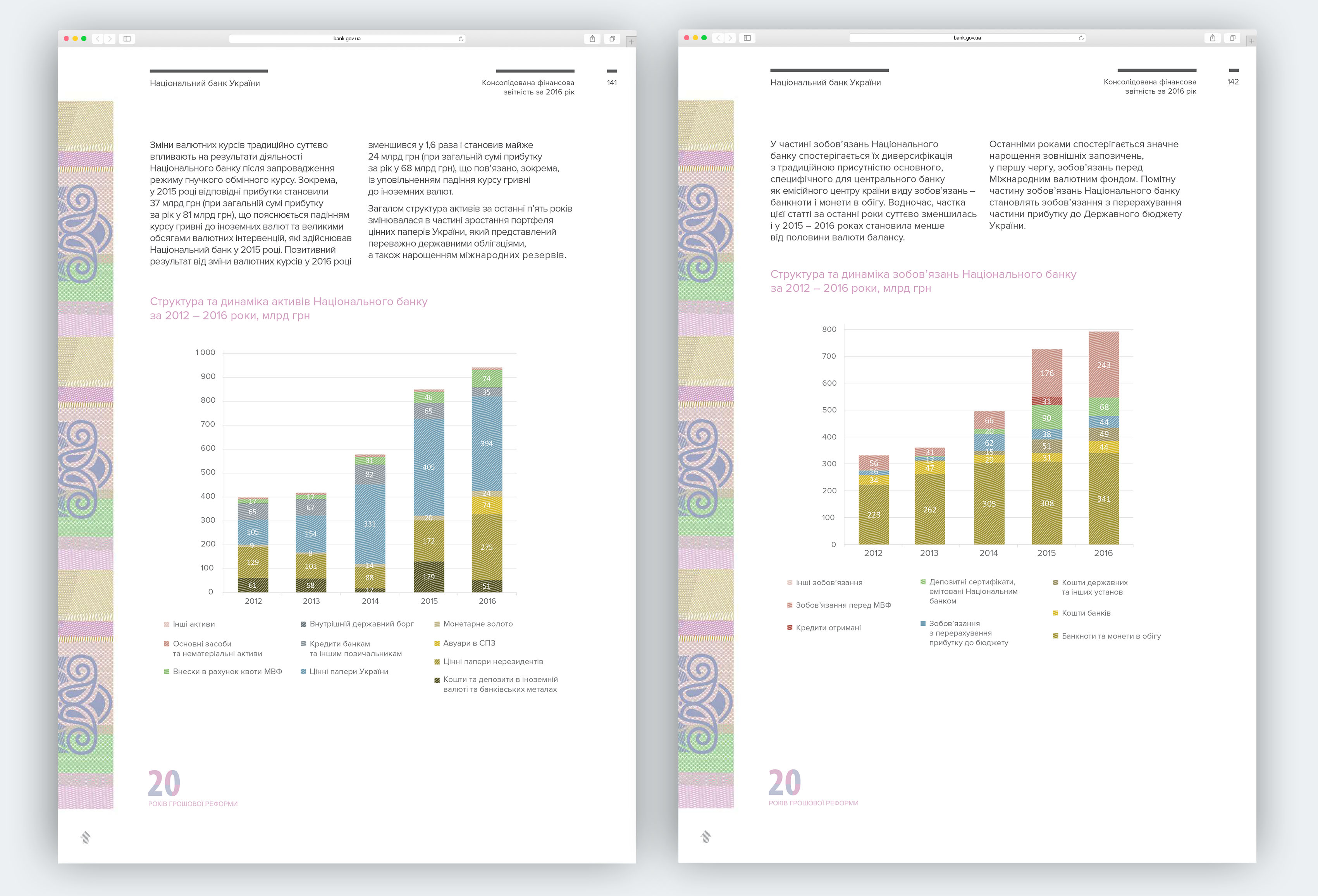 All sections of the report are devoted to the famous Ukrainian personalities; the banknotes were selected to match the sections according to symbolism of a particular person, his place in the history of the country, recognizability and popularity. Such traditional Ukrainian figures depicted on the Hryvnia banknotes of various denomination as Taras Shevchenko, Lesia Ukrainka, Mikhail Hrushevskyi, Bohdan Khmelnytskyi, Ivan Franko have also become the fully-fledged characters of the visual image. 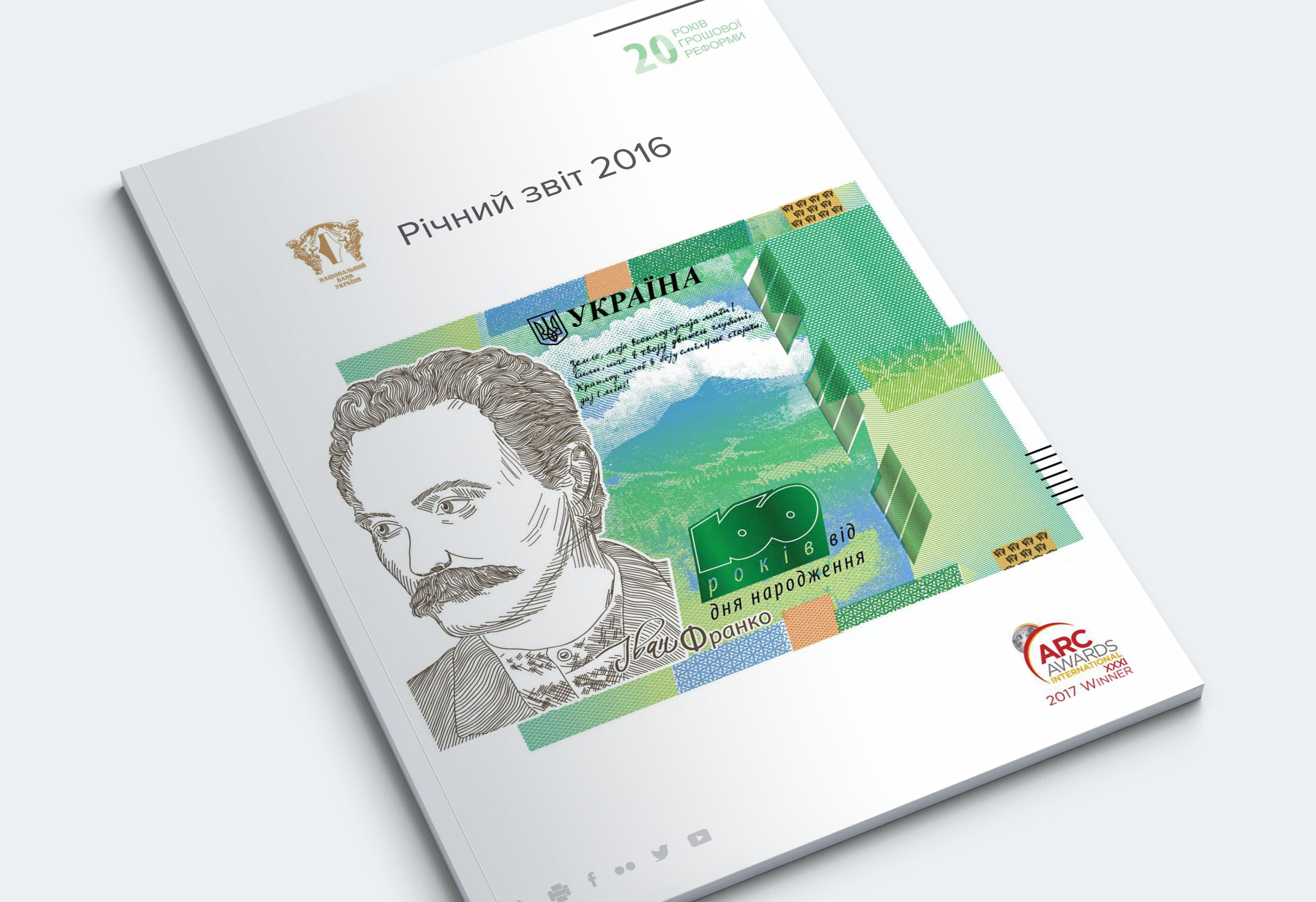 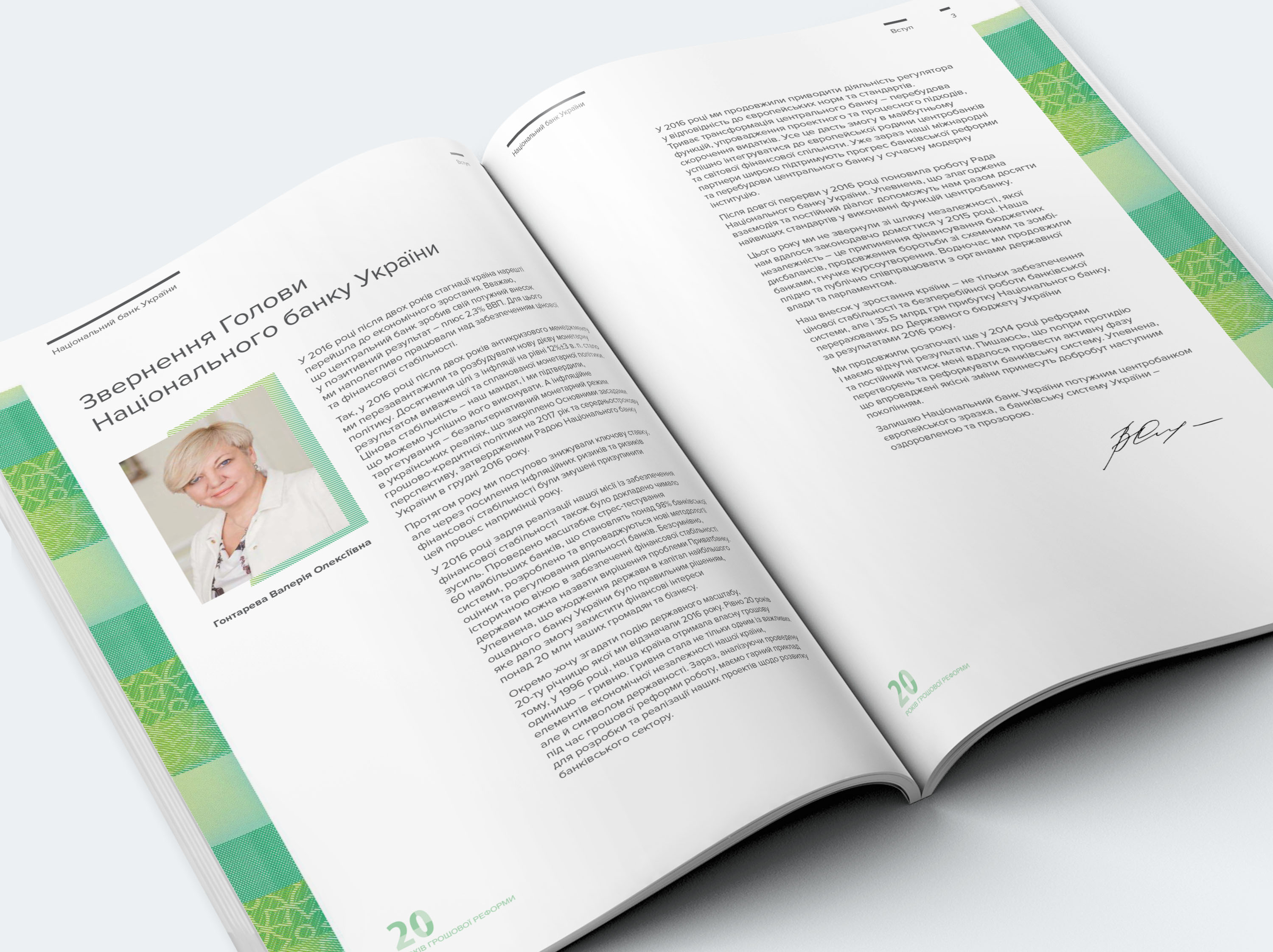 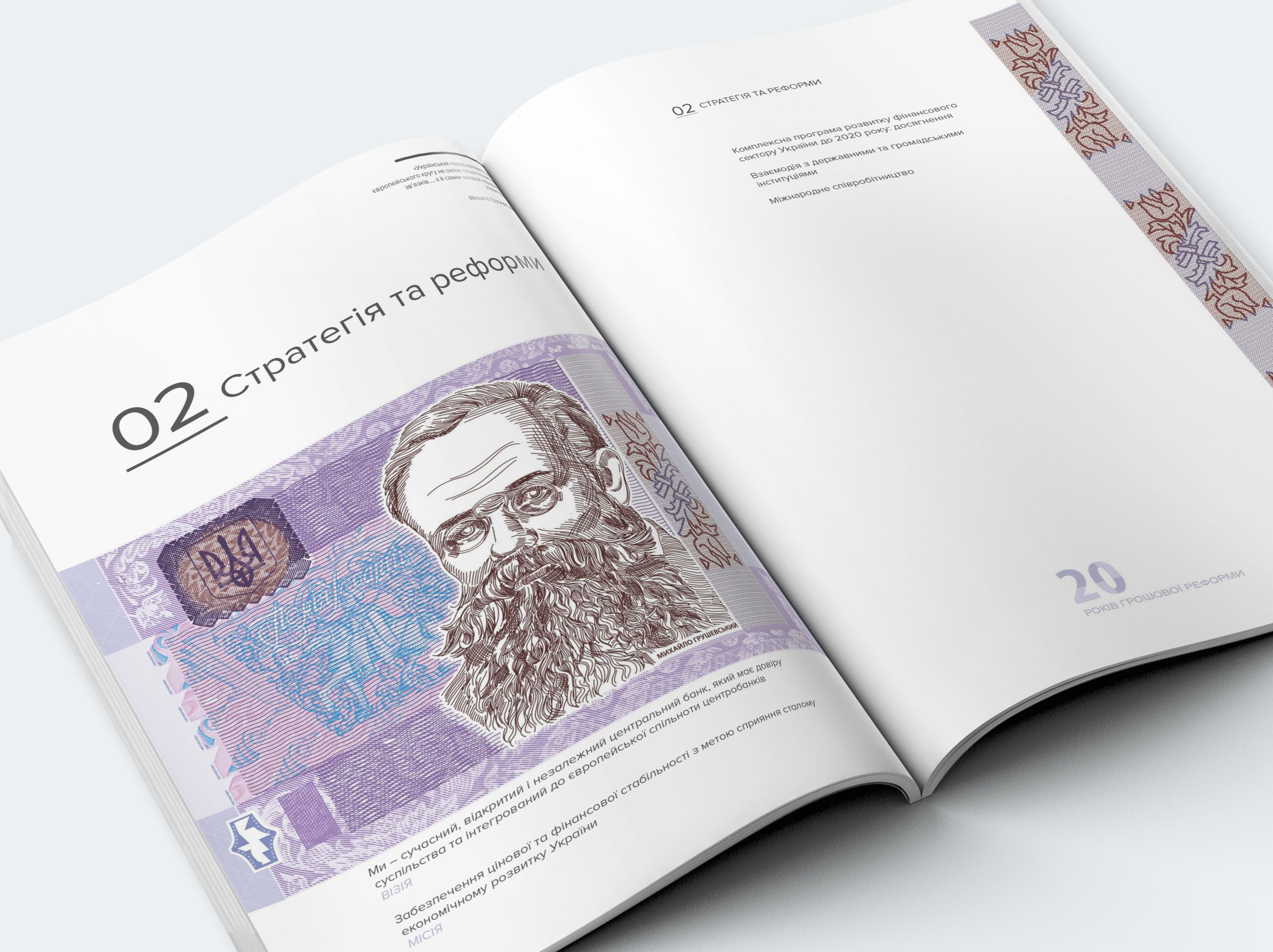 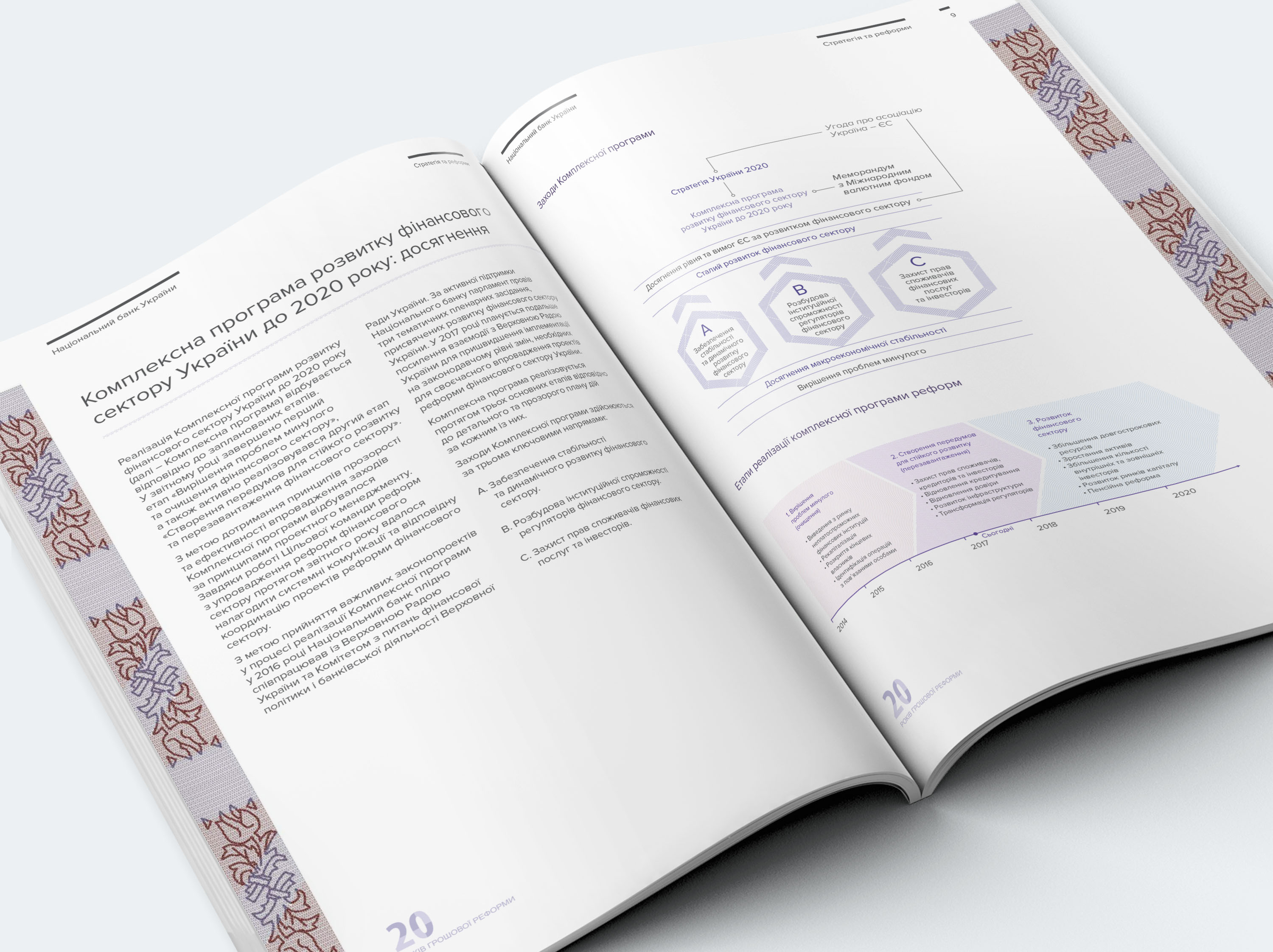 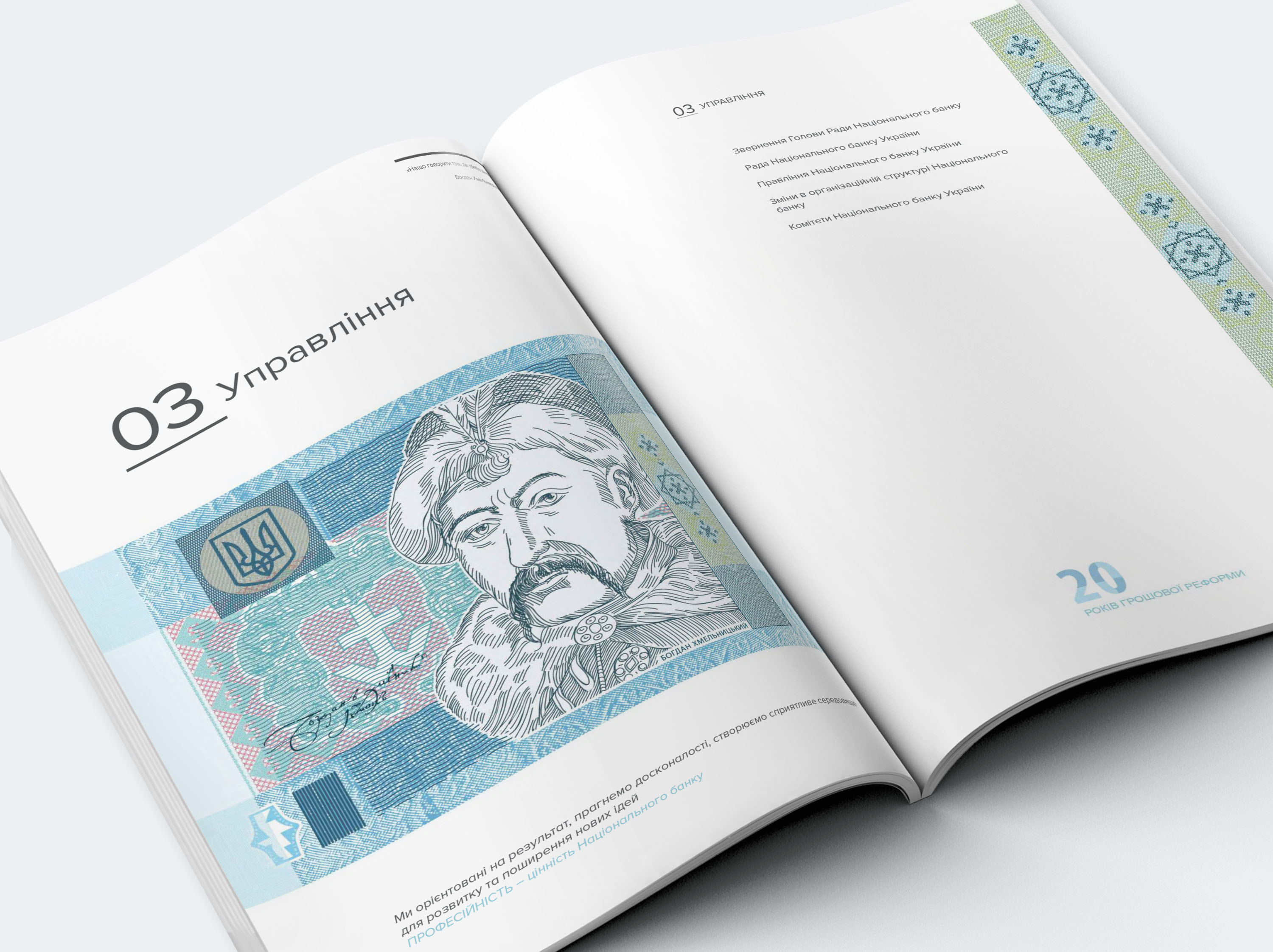 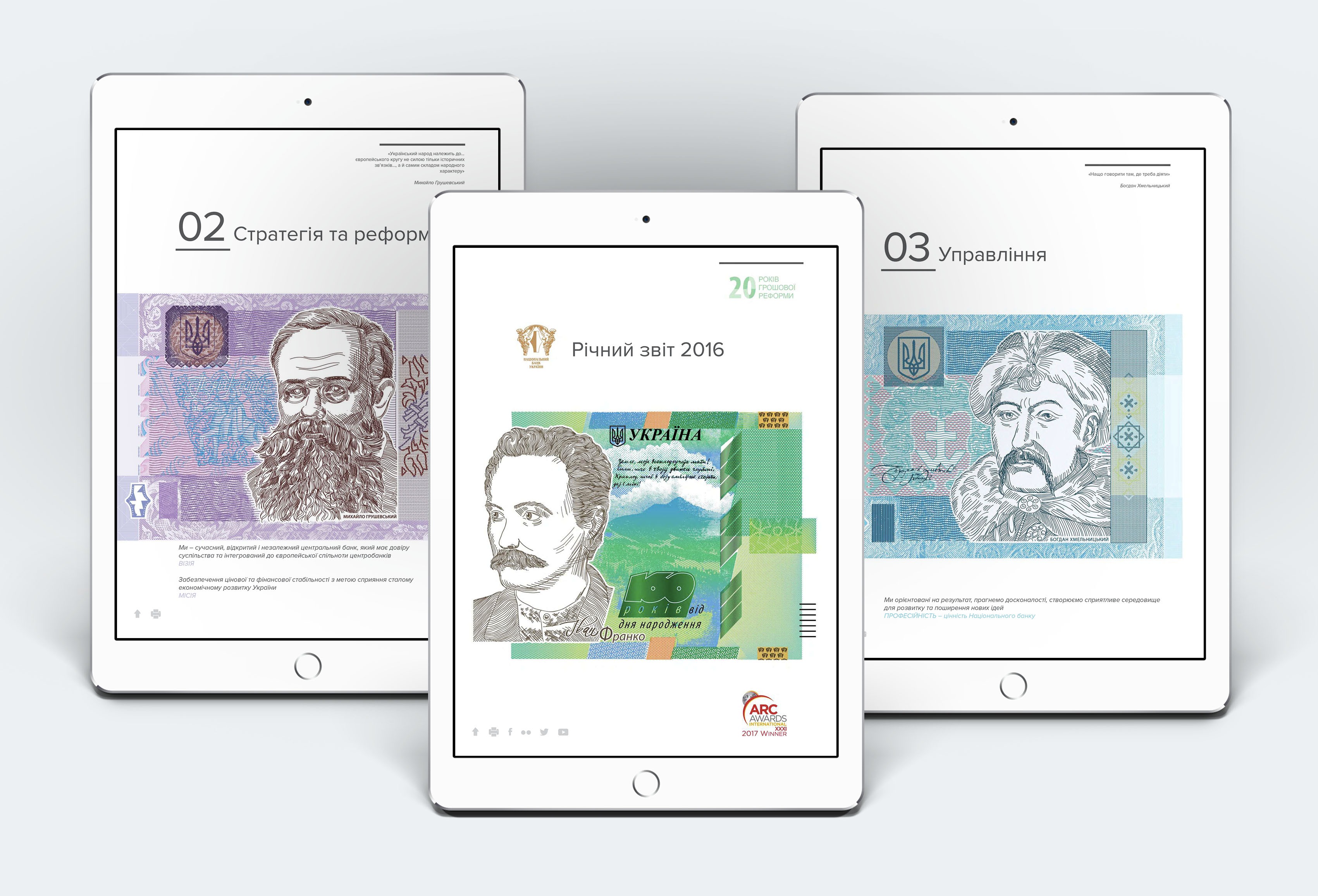 Due to the said personification, the traditionally official and no-nonsense style of the report has become more vital, clear and appealing to emotions of the Ukrainians, and also allowed presenting this culture and national color to the world.